I have to tell this story!

I was on  the right hand side and decided to hug the rocks as I passed with them through Dawley. I was only 10 feet away from the rocks when the Matriarch came up right beside me!! I just about crapped myself! Then to make sure I did, another Orca breached right beside me as well! I put the engine in neutral and just held my breath! I know Orca’s are very gentle creatures and very intelligent creatures! I knew they would not harm me but that still didn’t calm me! Both Orca’s sounded and joined the rest of the pod going through Dawley.

I exhaled and wondered what the hell that was all about? It took a few seconds but I spotted the reason off to my immediate right…….It was a Harbour Sea! It had hauled Itself out onto the rocks to stay out of an Orca tummy! It must have seen or heard the Orca’s (they are a chatty bunch at times). I could clearly see it was trembling and with good reason!

I suspect the rest of the pod must have caught it’s friend as there was lots of splashing and tail slapping! An indication of a kill.

I was able to get close to this lucky Seal cause there was no way it was going to be going back into the water any time soon! I’m calling this guy “Lucky”.

It took me a few minutes to figure it out but I do believe I accidentally saved this little guy’s life!! By me keeping so close to the rocks when the Orca’s came calling my boat was inadvertently between them and the Seal. There really was nothing stopping an Orca from lunging out of the water and grabbing this Seal ……except my boat. As I already mentioned, Orca’s are very intelligent. I think they knew that If they had lunged at this Seal they most likely would have hit me as well. So they took a pass and said to the Seal…..eat ya later!

This might be an older Harbour Seal as I believe it has either a cataract or glaucoma in it’s left eye?

One of my more interesting moments.

The only way I can get shots of Harbour Seals is If I do a “Tofino drive by”.  That involves me zipping past them at a fast speed and shooting what I can. I than go around and do it all over again but shave 20 feet off.

If I stop, they’ll freak and jump quickly back into the water! 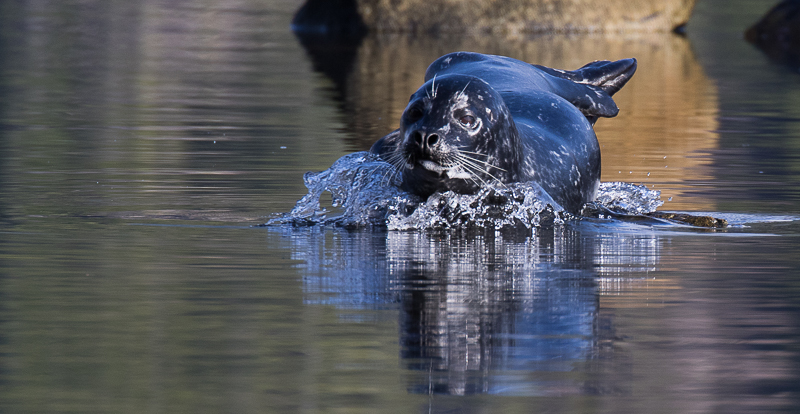 I’ve noticed many of these Harbour Seals show signs recent wounds.I now believe its not from predators but from infighting amongst themselves.Strange thing is I’ve never seen them fighting while up on the rocks.So my only conclusion is that they must fight while in the water where they are far more maneuverable? 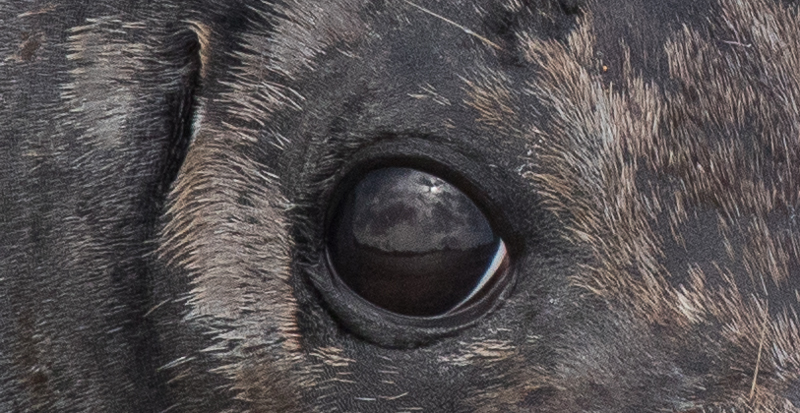 You can see the sky in this Harbour Seals eye! The sun was being blocked by some clouds at the time.

I came across two Harbour Seals playing.Once they noticed me (last shot) they took off in a huge splash!

Harbour seals are not only playful but curious creatures. 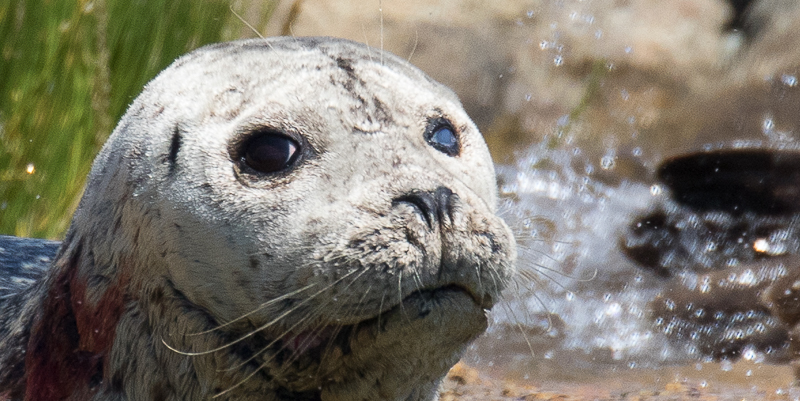 I noticed a Harbour Seal with some injuries today.It not only had a recent neck wound but also looked like it was missing some of it’s flipper!

To make matters worse it also looks like it’s left eye has something wrong with it! Maybe glaucoma?

It looked like this pup was waving hello to me!

The youngster has her mothers nose!

When I shot this I didn’t know that there was a pod of Orcas in the area.You can bet that these guys wouldn’t be relaxing like this if those Orcas were swimming around!

There are two distinct groups of Orcas.One group eats animals like this (warm bloodied) & the other group eats only salmon.The “Transients” eat seals/sea lion while the “Residents” eat the salmon. 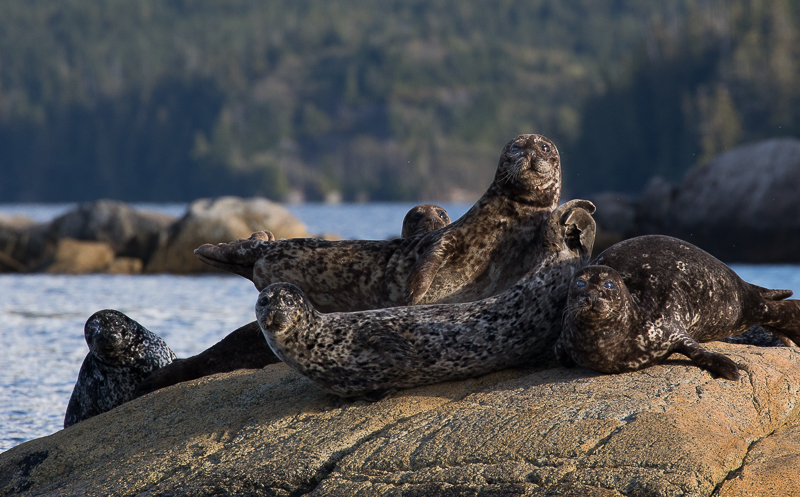 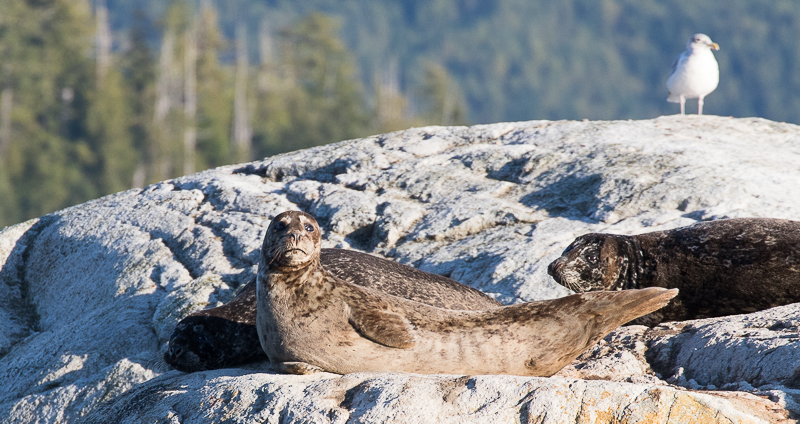 After I left “Peggy” & “Piglet”,I headed south along the shore line looking for other bears.I saw a small bear all by it’s lonesome! (must of been a yearling) I slowed down & pulled the engine up.I knew they were rocks in this area & didn’t want to hit the prop. While I was paying attention to the engine,the small bear must of seen me moving & been spooked,because when I next looked towards the shore again……..I couldn’t find it anywhere? It happens sometimes…….

I stood up to begin paddling back out.I was only in 4 feet of water. When I stood up there was a sudden & violent upwelling of water to my right! Unbeknownst to me,a Harbour Seal had come to check me out & was only a few feet under me! When I stood up I spooked it.They are such curious creatures at times!

The first thing to be eaten in a carcass are always the eyes.So If you ever are out in the bush by yourself & die,remember to always roll onto your tummy before croaking!

Seeing a Seal inside the stream was unusual. They normally do not come into the system & If they do come in It’s always during high tide. They wouldn’t be able to get in during low tide. During spawning season,they must come in,grab a salmon & head out.They’d never eat it on shore! A Bear would love to grab one of these guys! So Mr.Seal grabs & runs. 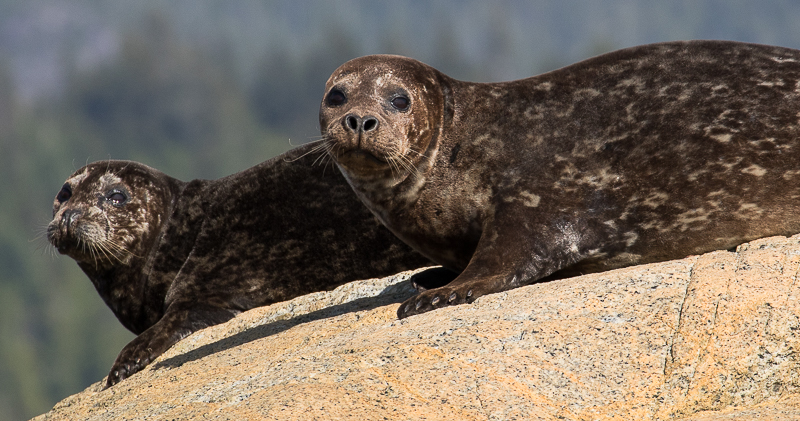