I’m not really sure this is the same Pelican I photographed on November 29th?
At any rate,this poor soul has been injured & requires help! If we can capture it,we will make sure it gets the help it needs!

UPDATE: December 7th,2012. This Pelican was captured & sent to MARS ( Mountain Avian Rescue centre) I’m sure he’ll be taken care of by these good people!
UPDATE: January 15th,2013. It appears that MARS has named this Pelican “Tuffy”! Tofino’s nic name is “Tuff City”! So I suppose that might have something to do with it?
Tuffy has been transferred to centre in Burnaby for awhile & than he will be transported back to California! I bet it’s not the last we see of him!! 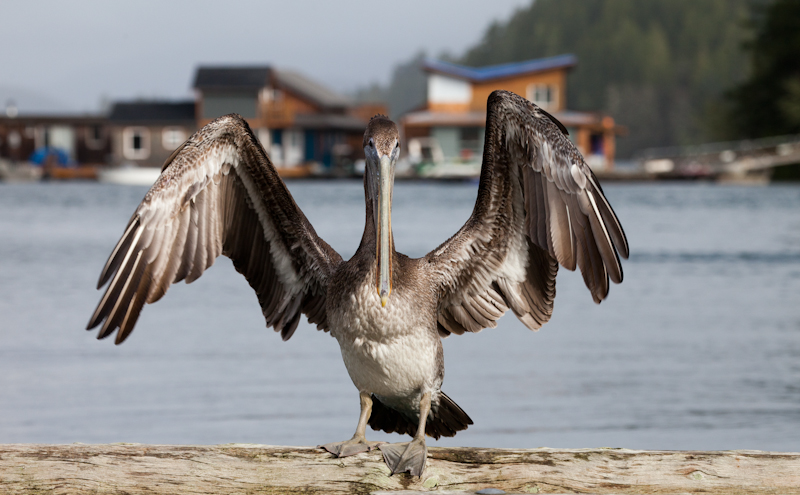 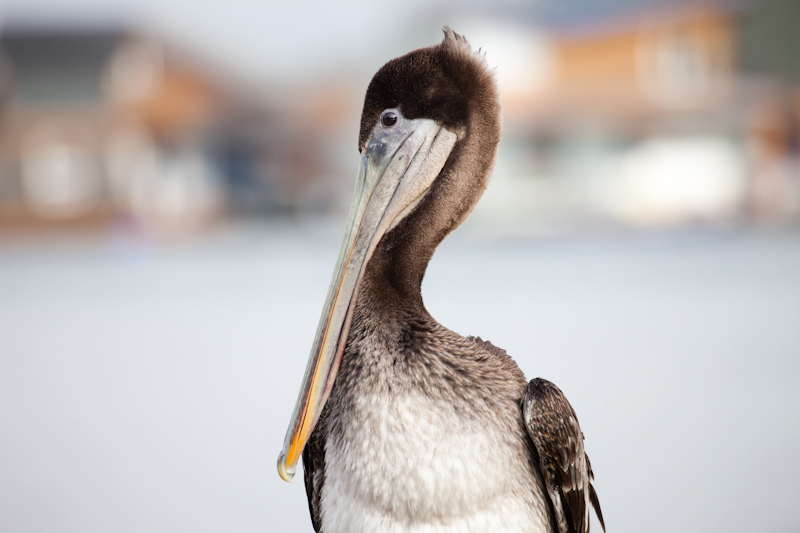 I didn’t think I was going to be taking any shots today! It started out overcast,but I saw on the Satellite a narrow clearing coming our way!
I got a phone call from Rod Palm that a Brown Pelican was down in the harbour! He knows I’ve been trying to get shots of this Pelican for over a week!
I hurried down to the last reported location & found it on the end of the dock at the Kingfisher condo’s! I approached carefully,trying not to spook it.It was a adolescent,not sure of the sex?
I was able to get within 25 feet! I sat down on the dock finger next to it & waited for the light to come. Some low lying,fast moving clouds were going over top of us. The light came in short bursts,but I managed to get some good shots!
It’s my birthday today & this was a great birthday present!