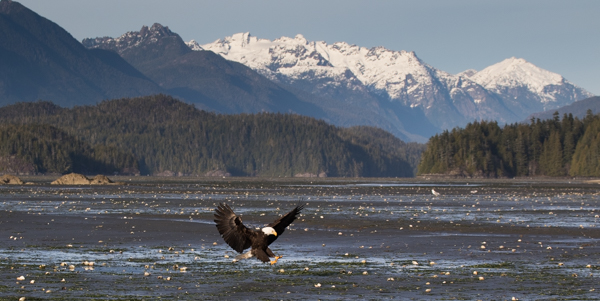 Its been 22 days since I last went out on one of my evening shoots. The weather has been poor over January,but thats to be expected this time of year. January has more raincoats than sunglasses.

So it was great to get out and visit with my fine feathered friends! I visited “The Daredevil”,Maggie and Romeo. I saw Juliette looking on from a distance but she’s always been a tad distant. They each seemed to be their chirppy happy selves! 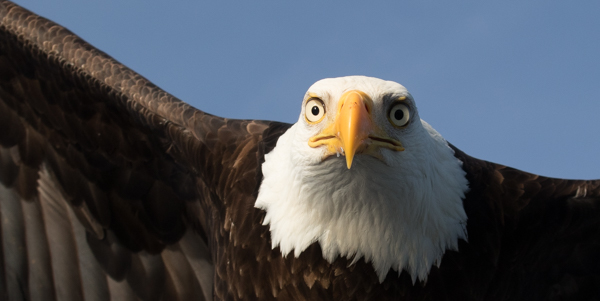 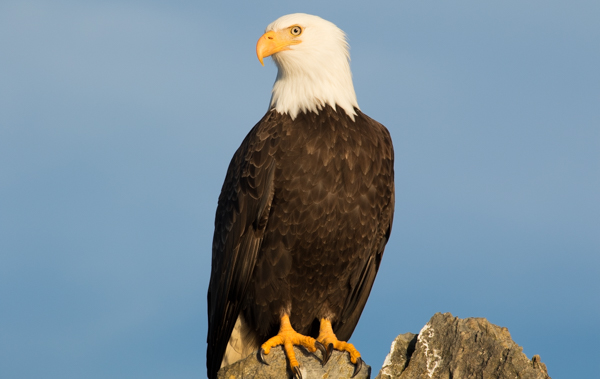 These are “Cotoneaster” berries. They are poisonous to us but not birds.The birds wait till late winter to eat them. The toxicity is low. 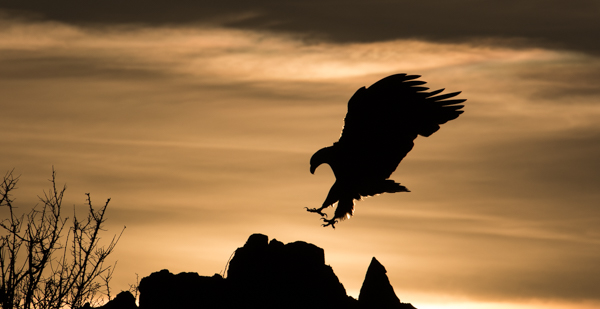 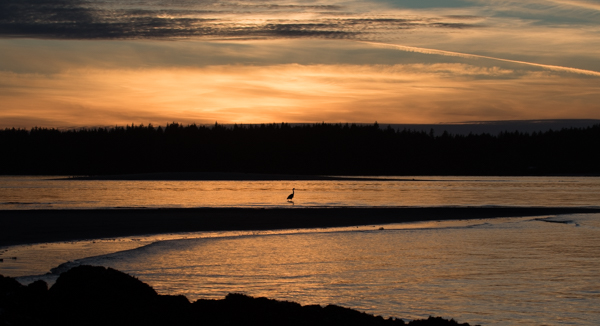 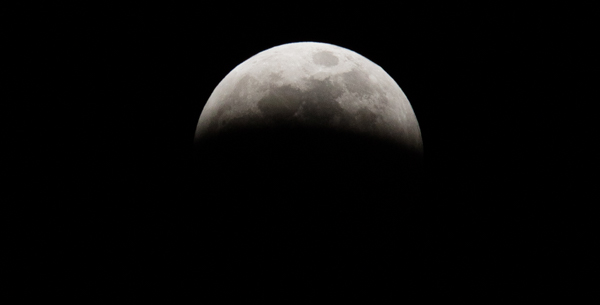 Apologizes for posting this late folks. I went out camping on the night of the eclipse and only got back today. It was a very surreal experience standing out in the wilds with the valley walls bathed in a ghostly shade. Knowing my furry friends were all sleeping helped prop my courage. Tide was dropping.What a lot of people do not realize with a dropping tide is that all those huge slimy trees lifted up by the tide, do get hooked when the tide drops. Causing them to drop…..”suddenly”. So hearing these loud sudden noises was a bit unnerving.

I decided not to stay for three more hours to capture the moon leaving Earths shadow.

Its called a “Blood Red Wolf Moon” because the moon passed through near the edge of Earths shadow and not the centre. This gives a reddish hue colouring.

A Wolf moon is the name given to the full moon of January. Each month has its own unique name. 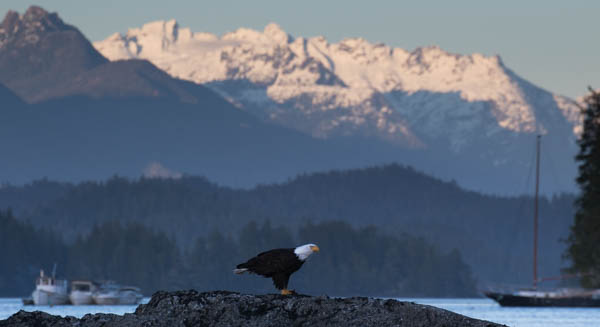 Ernie was having a snack when I came by. I always look for them on this rock because of the great background!

Ernie & Ethel have the best seat in the harbour! Their nest tree is on Strawberry island, specifically the NE corner. Their favourite place to perch is on this tree. Eagles always want the highest spot so they can see whats going on around them.

Those mountains in background are in Strathcona Park over 22 miles away.I used my large focal length lens to shoot these. Longer focal lengths bring the background seemingly closer.(compression)

Notice that mist layer in the first shot. That mist forms because of warmer moist air coming off of the ocean. The warmer air rises, chills & condenses due to the small glacier laying underneath. The soft pinkish colour is perfect but lasts only a few minutes. 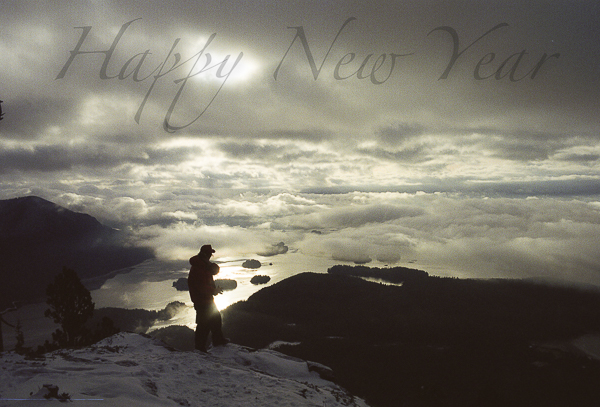 On December 31st,1991 I climbed a local mountain to search for myself……a Spirit Quest.

The mountain is called “Lone Cone”.Its directly north of Tofino across the water on Meares island. I paddled my canoe across with all my gear on December 31st,1991.

My intention was to camp overnight and let off fireworks at midnight. I had one camera with one roll of film. I had even bought size 15 galoshes to go over my hiking boots because I knew the lower section would be wet.I figured I’d simply take them off once I  reached the snow line.What I hadn’t figured on was one foot of snow covering the trail! Nobody had gone up there in months. I couldn’t find the trail anywhere! The trail going up the mountain was completely covered with snow! I couldn’t see the trail anywhere!

I had to quickly figure a way to find the trail or I had a big problem? I remembered  that I was panting heavily and leaning up against a tree. I noticed it had shiny bark. People over the years had touched the sides of the trees. Its rather steep so everyone grabs onto the trees to help pull them up.This repeated touching had polished the bark and made it shiny. I realized all I had to do was walk between these shiny marks! It worked! I was able to stay on the path as long as I stayed between the polished marks.

It normally takes three hours to hike up Lone Cone. However…….because of the snow and my heavy pack,it took me over 4 hours.I also had to carry all my water making the load even heavier. I was also carrying about 10 pounds of fireworks.

I got up to the top right around sunset. I quickly took a few pictures of the setting sun and promptly began to gather as much dry wood as possible for the long cold night ahead. I set up my tent and started a fire. The thing about winter camping is that the sun goes down early  and I knew that staying up to midnight to let off the fireworks was going to be hard…………..which is why I made sure to bring along  a small bottle of rum.

I managed to stay up to midnight and let off all the fireworks.  For years I heard from people who remember seeing the fireworks going off that night.  They wondered who would be that crazy to go up to the top of Lone Cone on New Years Eve……….guilty. I also found out that one woman had gotten so stoned she thought the mountain was blowing up!

I remember crawling into bed exhausted. I swear it took half a hour to warm up! It was about minus 18 C.

I woke up in the morning under sunny skies. I began to make breakfast and noticed that some clouds were moving up through the forest towards me. I turned the stove off and went out front to check things out. I saw the clouds were moving in quickly and about to snuff the light! So I grabbed the camera and took this self portrait.

By the time I finished eating and broke camp those clouds had descended below me.I was back in the sunshine with a sea of cloud  stretching out for miles below me. I was on the only spot high enough to be above the clouds! I was on a island in the sky. At that moment, I knew I had found myself! It was an amazing experience! I shouted out “THANK YOU” and began the long trip down.

Turns out my footprints had frozen solid overnight. So going back down was easier than coming up…..custom stairway!

As far as I know I’m the only person who went up the mountain in one year but came back down the next year!

It was without any doubt my most memorable experience! A true spirit quest!