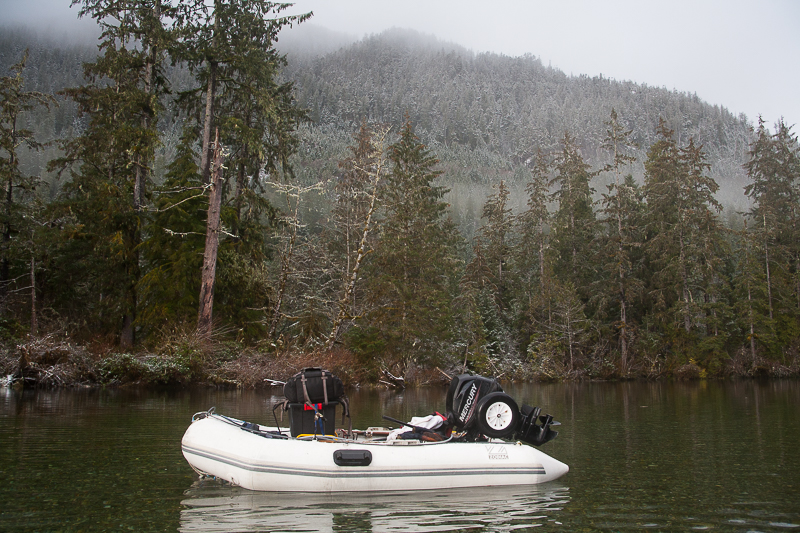 I was up in Tranquil creek camping.I was going to stay for four days but Mother Nature had other plans for me.The inlet started to freeze over,so I had to get out! The way it froze I found strange too? Normally a inlet or bay will begin to freeze first in the shallows at the far end & expand outwards down the inlet.It didn’t do that in Tranquil! It froze at the mouth first in deep water & expanded down the inlet!

I decided on New Years Eve morning to head over to another bay close by.(Rankin Cove)It use to be a logging camp but has long since been abandoned.On my way over I encountered the ice sheet covering the mouth! It was expansive! I would never of seen it from down at the end of the inlet.If I hadn’t of gone for that ride over to Rankin I would of been locked inside.I would had to of called the Coast Guard to come break a route out for me.An embarrassing situation to say the least.

I took this shot as I was heading out.A snow storm had just passed & coated the trees.It took me the better part of a hour to break through the ice to get out.Being in an inflatable boat & breaking through the ice is not for the faint of heart! I now am officially a “Ice Breaker” boat!