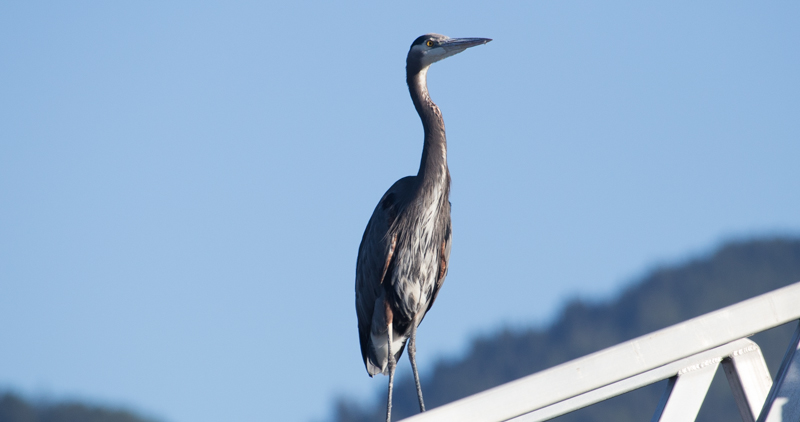 Our sunshine persists so I headed out on another brisk shoot.
The tide was low so if there were going to be any bears,they would surely be out now? I went up into Gunner inlet to check & didn’t find a one!
I’m pretty positive they have all gone to bed. It’s always a disappointing time for me when my furry friends leave!
Each Spring I meet new & old friends.Than come Fall time,not a goodbye or anything………..they just don’t show up anymore.
So I left Gunner for another year. I won’t be going up in there till next Spring.
I decided to continue down Tofino inlet to Rankin Rocks. I was hoping that all the Dunlin’s would be there but alas,………….no.
The rocks were bare of life anywhere! I continued past to the other side of Tranquil inlet where I know of a Harbour Seal haul out. Sure enough they were basking in the sunshine. There was no wind at all,so any sort of noise would stick out to them. As I approached they spooked & all of them went into the drink. All it takes is for one to get scared & dive into the water! The others don’t even question whats going on & do the same! Thats why I prefer to find them by themselves,or a handful. They hang around much longer!
I decided at this time to head down to the end of Tofino inlet to Deer bay.Haven’t been that far down the inlet in awhile! As I already mentioned,it was very calm. I could see something in the water a long ways off? As I got closer I could see that it was a section of dock!
I could see that it had been torn from whatever it had been attached to & was now floating freely! It wasn’t big. Maybe 10X10.
Continued past. I knew time was going to be tight for getting back into the harbour for sunset.So I didn’t go right to the very end. I took some panos while planing & turned around.
It takes me about 80 minutes to get there & another 80 minutes back of course. Going down to Deer bay consumes a lot of time!
By the time I arrived at Tsapee Narrows the sun was very close to setting. I didn’t see the Daredevil around,so I pushed on hoping to get some sunset shots with Romeo? No time to go visit with Maggie………….I’m sure she’ll understand.
By the time I arrived at my destination,the sun had set! So I knew the only shots I’d be getting of Romeo would be silhouettes.
I found a Heron in the shallows close to where Romeo hangs out. Took a few of it & than Romeo flew over. It’s almost like he realized I would be busy with that Heron,so he left me alone! If he had of flown over,I can assure you that Heron would be high tailing it out of there! Whenever a eagle flys,all birds of all types take off in fright!
Because of time constraints,I only took a handful shots of Romeo doing his thing. Said goodnight to my friend & went on the outside to shoot the sunset afterglow. There is a tree at the north end of Wickaninnish island that a eagle seems to like to perch on. I’m not familiar with this eagle. Unfortunately it wasn’t around tonight. Took a few sunset shots & called it.

I’m disappointed not find any of my bear friends today,but hey………….it’s a natural process & I just roll with it.
Didn’t get much today for the amount of travelling I did,but I’ll take it!