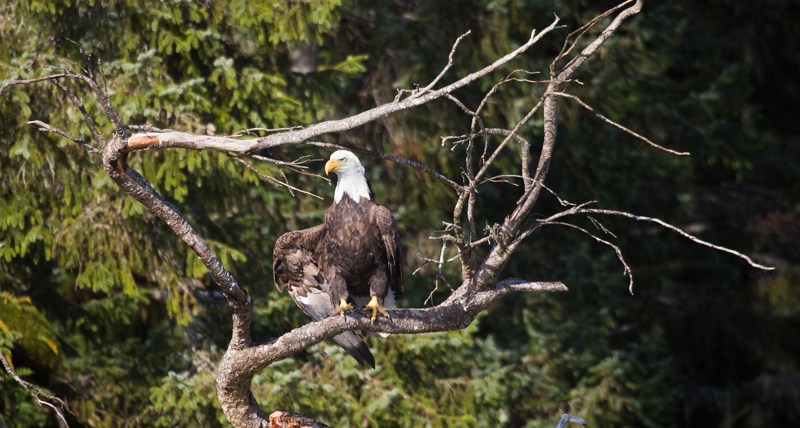 I saw this eagle down in Tranquil. I’ve decided to call him “Tranquil One”.
I have spotted it before & it was holding it’s right wing out than as it is now! I suspect this eagle has been injured it’s right wind in the past. It looks like it’s healed but cannot be fully closed! It doesn’t look like it affects it’s ability to fly so it can still get food/drink.
It’s probably in pain when it fly’s & most likely has arthritis?
I was going to call him “Chicken Wing” or “Gimpy”,but a friend suggested I call him something more uplifting…………….so “Tranquil One” is what it shall be! One things for sure,I’ll be able to spot him at a distance easy!

I sent a inquiry to a local bird rescue group,MARS. (Mountain Avian Rescue Society)
This is what they said…………..

“It is really hard to say exactly without looking more closely. I have seen birds with this type of injury still capable of flight but in the long term it is questionable whether they would be able to survive with a wing disabled like this.

thanks maj ”
I’m going to keep a eye on my new found friend.