A arctic cold front descended upon us from the north. It cleared out the clouds but dropped the temp!
I bundled up & headed out! It was high tide when I put out,so I decided to head down into Grice Bay to check things out?
As usual my Trumpeter friends were relaxing about. Many different type of ducks as well!
Left Grice & continued eastward down Tofino Inlet. I went into Cannery bay in the off chance that there “might” be some Lions hanging around?
Ever hopeful yes,but no they were not there. With the tide being high,I went down to the base of the rapids. The outflow from Kennedy wasn’t as strong as I thought it might be! Meaning………..we’ve had little rain & the lake is not as full as it would normally be!
Headed out of Cannery & went over to Rankin rocks. I always check this spot out for birds,but was disappointed today. The rocks were vacant!
At this point I normally would of gone down the end of Tranquil for the Trumpeters but the clouds blocked the light in the valley & I decided to bypass.
Started my trip back.
Stopped off at Tsapee narrows to visit the Daredevil & Delilah. I saw him flying across the narrows to greet me. They both seemed to be having a good day! Only stayed 5 minutes or so. The sun at this time of year is so low in the southern sky that I get shadows very early on the northern side of any islands. Which is the exact problem I have to deal with when visiting Moe & Maggie on Morpheus island!
When I arrived,Maggie saw me & flew over to greet me. I’ve found I always have to go much further north up Lemmens inlet in order to get into the sunshine! Maggie doesn’t seem to mind because she’s usually hovering above me before I’m even ready with my camera!
I haven’t seen Moe is so long that I’m now becoming concerned! He’s never been away this long before? I hope he’s just out & about somewhere & has not passed! Will let you know when he shows up?
Said goodnight to Maggie & continued on to Deadman for Romeo & Juliette. Romeo was perched on the west side of Beck island & flew out to greet me. He didn’t feel like posing for me today & went past his rocky throne. He simply flew over to the island & awaited my arrival.
By this time I noticed the sunset was shaping up to be a good one! The clouds were low enough to catch the light in just the right way!
Got some great shots of them both! The light did fade quickly however!
Said goodnight to them both & called it a day.
As always it was great getting out,but not having the Lions this winter sure is cramping my style! 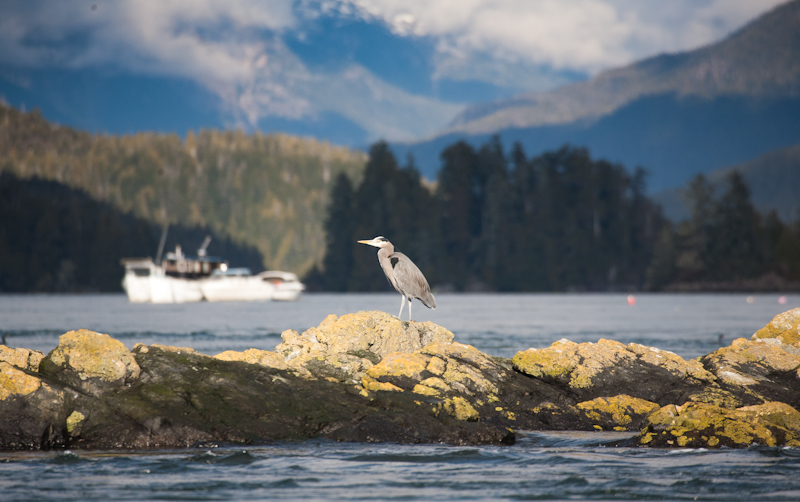 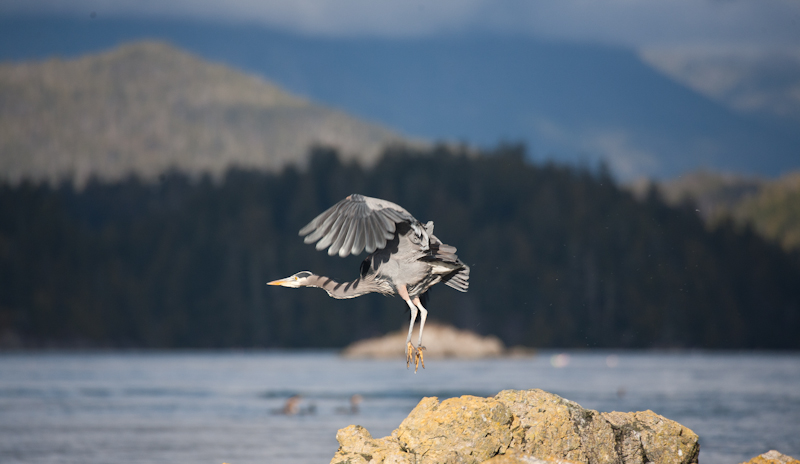 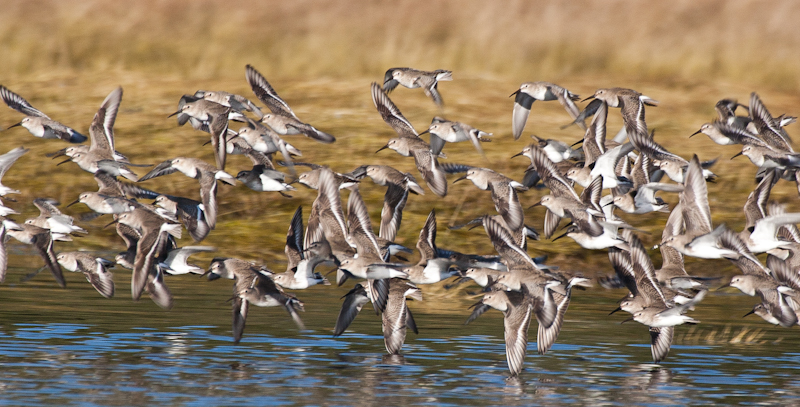 The island on the right hand side is the one where the eagle was perched. I am not familiar with this eagle.