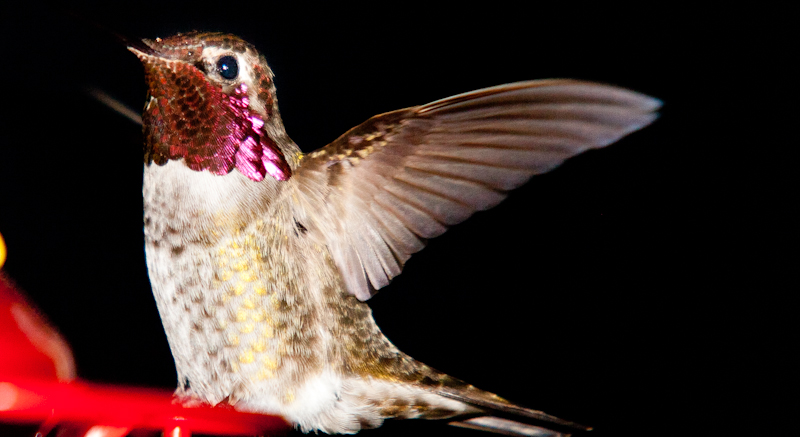 This little guy showed up a week ago! It’s a male Anna’s Hummingbird all the way up from California! Well that general area down south at least. They basically are along the west coast.
It appears that they have been spreading further north now for many years! They are the only Hummingbird tough enough to be able to withstand the northern cold. They have been even spotted in Alaska,as well as Newfoundland! They can lower their metabolic rate & enter into a “Torpor” state. This helps them survive during cold periods or when they are low on body fat.
It is estimated that there are 1.5 million of these very territorial birds.