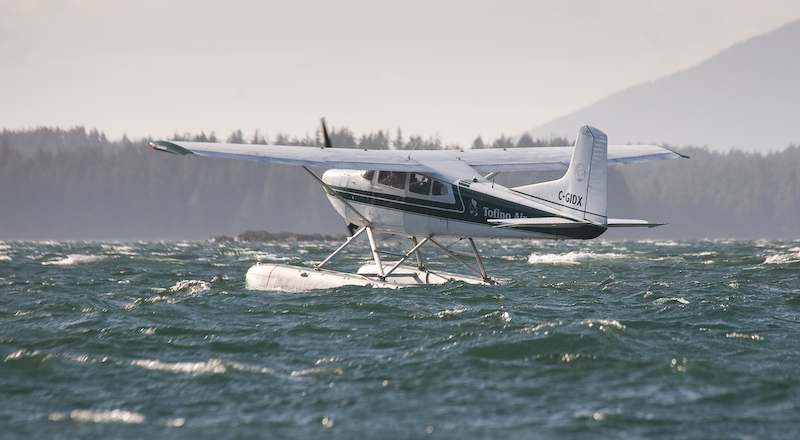 I did go out today but it had to be the hardest shoot I’ve ever done!
Yesterday had very strong wind,so I wasn’t able to get out. It was windy again today,so I decided to make a effort today even though I normally wouldn’t of done so!
I dressed in my neoprene chest waders & took a tarp to cover all my gear. It did work but the ride was hard on me! The pounding of the waves was not something I would recommend to anyone! Many times I got splash & spray in my face!
I went up into Gunner Inlet & found “Nick” chewing away of some fresh greens. He was the only bear around.
I than went around into Fortune Channel but couldn’t find anyone home.
I decided to head back to town but first stopped off at Tsapee Narrows to visit with the Daredevil & Delilah.
I saw two Immature eagles circling. Looking at their feathers I’d say they were their last years offspring.
They were allowed to perch in the territory but to much objection by Mum & Dad!
It was slow coming back down Browning Pass because of the waves but I managed to get back safe & sound.
I do not think I’ll do that again.